Run in conjunction with Transition Stroud the Potato Day aims to encourage more people to grow their own food, starting with potatoes!

A variety of seed potatoes will be available at competitive prices and can be bought in small numbers, even singly, to encourage those with small gardens or containers to grow their own. Advice will also be given so even if you’ve never planted anything before, come along and find out everything you need to know!

There will also be Lemon Drizzle Cake made with potatoes to sample and copies of the “Stroud Potato Day Recipe Book” available for sale.

Some of the most popular varieties on offer on the day will be: for roasting, King Edwards; for baking, Desiree; for early taste, International Kidney (Improved Jersey Royal); for salads, the knobbly Pink Fir Apple. How about a potato to scupper the slug? Kestrel! Reduce blight? Sarpo Mira. What would Mozart or Vivaldi think of their potato namesakes? Do you have a Linda or Charlotte to buy a spud for? Digging up a potato is like finding buried treasure, it never ceases to delight both young and ‘seasoned’ growers! Are you ready to try something different?

Philip Booth who began the event in 2011 says: ‘Stroud Potato Day is a celebration of the potato – we hope folk who have never grown veg at all will give a spud a go and those that have will try some different varieties. We have half a tonne of seed potatoes that we will be selling from a stall in Merrywalks; come and talk to us.’

Potatoes are so simple to grow and can provide an abundance of produce so why not give them a try this year? Also get children involved and encourage them to put a potato in the ground to see what happens!

The amazing “Stroud Potato Day Recipe Book” was originally released back in 2011. The new edition has 40 recipes from local people and restaurants including local food writer and critic Matthew Fort – plus nutritional advice regarding potatoes and folklore. For example, did you know that keeping ginger with potatoes helps keep both fresh?

The book will be available on Potato Day for just £5.00 with the money raised going to Transition Stroud.

The seventh annual Stroud Potato Day will take place in Merrywalks Shopping Centre on Saturday 4th February 2017 from 10am to 2.30pm.

For more information go to: http://stroudpotatoday.blogspot.co.uk/ 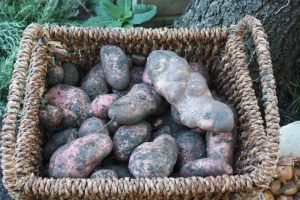 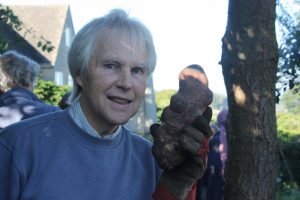 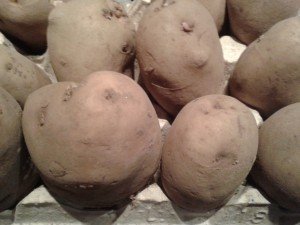