Another successful potato day and like last year’s another half a ton of seed potatoes (that’s over 3,300) were sold! There was a good stream of customers all day! Some were new to growing potatoes and others were old hands just looking for a new/different variety to try out. The first potato to sell out was the Organic Sarpo which have great resistance to blight and virus’s, don’t get slug damage and can tolerate a drought – these factors combined mean that they strive well and good without the use of chemicals which is brilliant! They also keep very well because they have a long dormancy period!


As well as the recipe books on sale a delicious lemon cake was handed out for free. It was made from a recipe in the book and with potatoes rather than flour! Can you believe it? Especially great for those with a gluten allergy and for those that don’t you really wouldn’t know the difference! It was divine!


Councillor Phillip Booth said about Potato Day: “Potato day is held to encourage more people to grow their own and learn about the many different varieties of potatoes. There is also an issue of food security that we will be hearing more about as oil prices climb and harvests suffer from the changing climate. 40% of the food we eat is imported: if more people grow their own then we can be less reliant on food imports from other countries.” 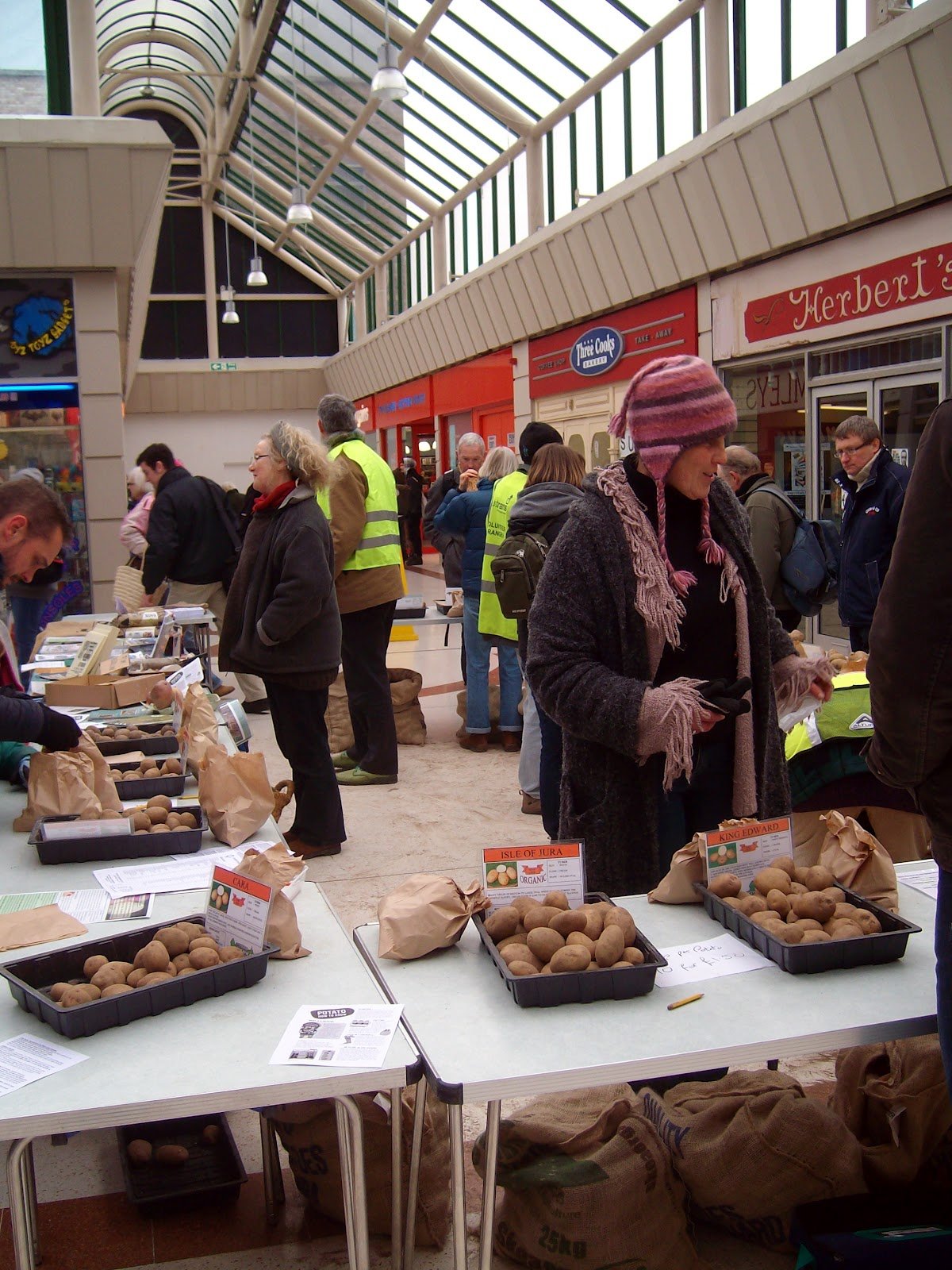 Down to Earth would like to say a big thank you to all who volunteered their time and effort and made the day the great success that it was! Working with Transition Stroud on this event was pleasure and we hope to collaborate with them again! We’d also like to thank Chris Evans from the brilliant Dundry Nurseries (Cheltenham) for supplying such a great variety of potatoes.


All potato seeds left over were passed on to the Stroud Valleys Project Eco shop so if you missed out on the day pop in there and see what’s on offer.

We use cookies on our website to give you the most relevant experience by remembering your preferences and repeat visits. By clicking “Accept”, you consent to the use of ALL the cookies.
Cookie settingsACCEPT
Manage consent

This website uses cookies to improve your experience while you navigate through the website. Out of these, the cookies that are categorized as necessary are stored on your browser as they are essential for the working of basic functionalities of the website. We also use third-party cookies that help us analyze and understand how you use this website. These cookies will be stored in your browser only with your consent. You also have the option to opt-out of these cookies. But opting out of some of these cookies may affect your browsing experience.
Necessary Always Enabled

Any cookies that may not be particularly necessary for the website to function and is used specifically to collect user personal data via analytics, ads, other embedded contents are termed as non-necessary cookies. It is mandatory to procure user consent prior to running these cookies on your website.