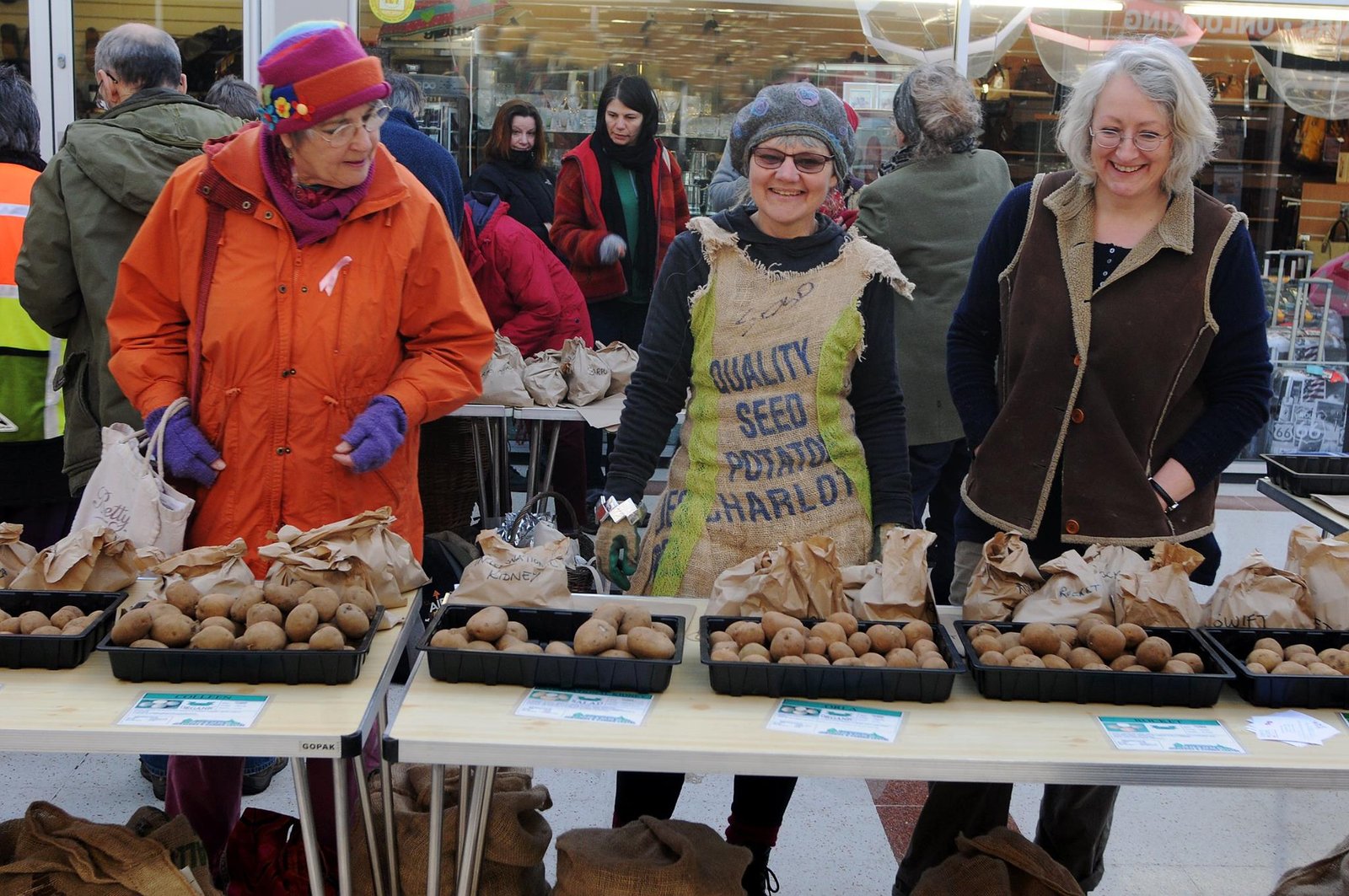 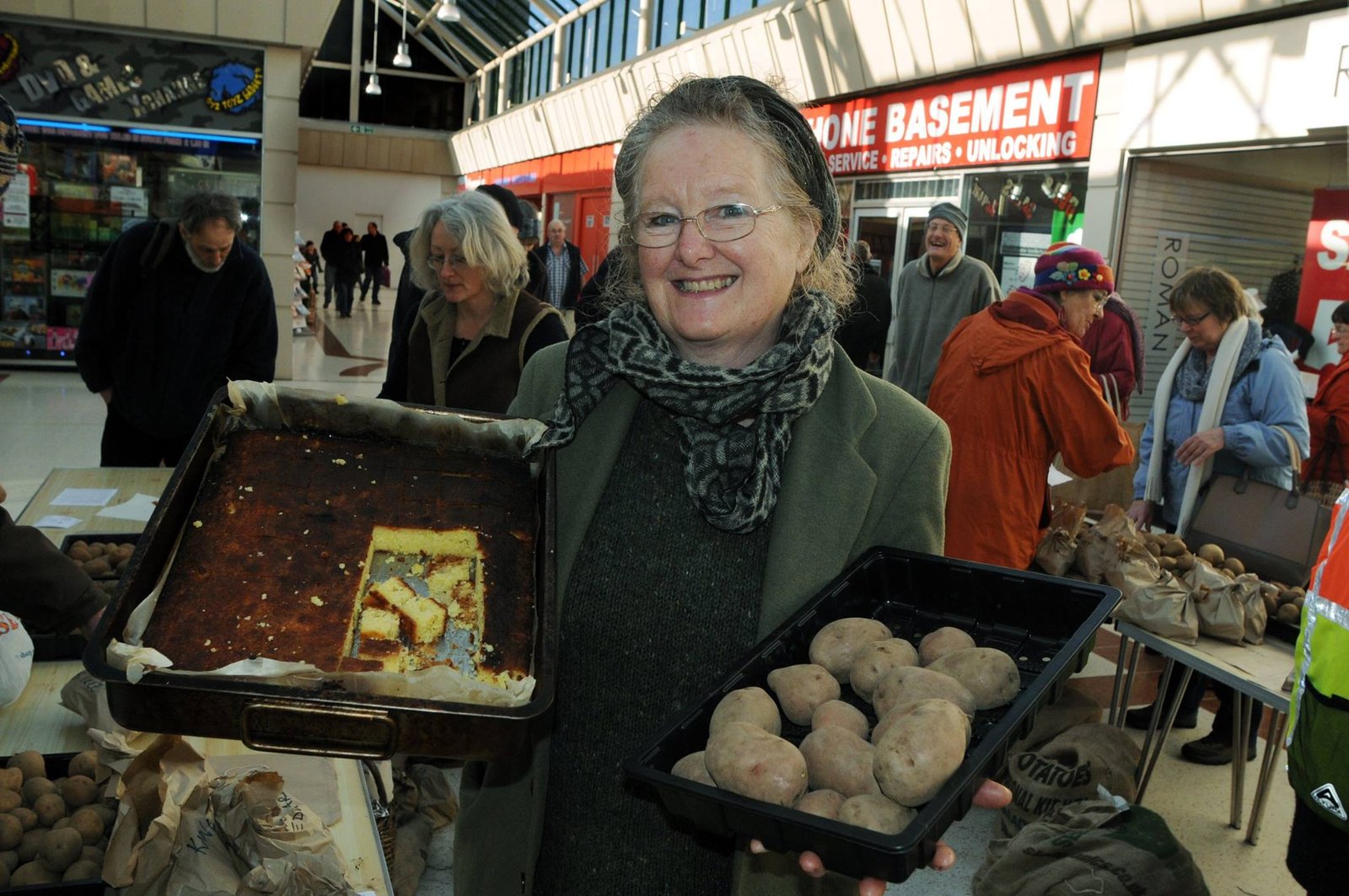 Norah with her mashed potato lemon cake, which is delicious!

Another successful Potato day! A big pat on the back for all Down to Earth and Transition Stroud Volunteers who made it happen.

What to do with your seed potatoes

Potatoes like to be in an open sunny site and will grow in most soil types without much effort. They like to be grown in soil that has been manured for a previous crop, or you can add your own compost the autumn before. Otherwise you can apply a nitrogen rich fertiliser in spring. Potatoes can also be a good crop to grow in ground that hasn’t been used before as this helps to prepare the ground for the next crop – so come on everybody, dig up your lawn and grow potatoes!

To chit or not to chit?
Now there’s a lot of discussion about ‘to chit or not to chit’. Chitting means letting the potato sprout before you plant it. The general consensus at the moment is that it’s good to chit early potatoes, but not to worry about your main crop. To chit, put the seed potato in a bright (not sunny), frost free place – one of the ends of the potato will have more ‘eyes’ or ‘buds’ than the other and you need to place this end upwards. Leave until the sprouts are about 2 1/2cm (1″) long.
Earlies, second earlies and main crop
Generally speaking, all potatoes are planted at the same time. The term ‘early’ means your potatoes will be ready in late June/July when the plant flowers, ‘second earlies’ a bit later. Main crop potatoes go on growing until August/September and shouldn’t be harvested until all the top growth has gone brown and died off (if you can wait that long!).
When to plant
You can plant out in spring as soon as the soil is warm enough ie not frozen regularly!  The traditional method is to dig a trench about 15cm (6″) deep, plant the potatoes 30 cm (1′) apart, in rows approx 1m (3′) apart. Cover with soil.
Earthing up
Earthing up is a term that means you cover any green sprouts as they grow. This is so that the sprouts won’t get hit by frost and stops any greening at the top of the potatoes from exposure to light.
Maintenance
All potatoes need to be watered if we have a drought to keep the soil moist and allow them moisture to grow in size – letting them dry out can cause problems when you do water them, so keep it regular.
Other than that, you just need to look forward to when you can dig them up and enjoy them!
By l.almasi|2014-02-20T11:16:19+00:00February 20th, 2014|Categories: Uncategorized|Comments Off on Stroud Potato Day 2014 – and what to do with your potato seeds